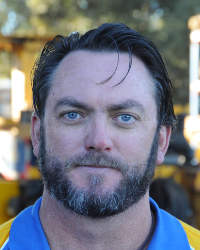 Whilst completing a Bachelor of Engineering (Mining) at the Western Australian School of Mines, Andrew spent many years working around the Kalgoorlie Goldfields, gaining valued hands on operational experience in conventional and mechanised mining methods. Combining his education and experience Andrew has taken on various mining positions covering Mine Supervision, Short and Long Term Planning, Design and Scheduling, Project and Mine Management, International Contract Tendering and Operations Management. Andrew was appointed General Manager of Perseverance Drilling in May 2019.

Hugh has spent more than 25 years in the drilling Industry. He initially spent 4 years surface exploration drilling and then moved into Underground, doing ITH, Long Hole Drilling and ground support. Hugh was a Drilling Supervisor for a number of years and has been one of our Drilling Managers since 2011. Hugh still keeps very hands on, drilling and training drillers in busy times. Hugh has completed an effective Supervisors course and a Certificate IV in Training and Assessment. 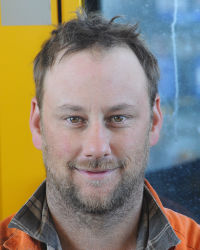 Marcus was qualified as a Fitter and Turner in 2004. He then gained Boiler Maker qualification in Heavy Fabrication in 2012. Then in 2016 he completed a Trade Upgrade to Engineering Tradesman (Mechanical) Mobile Plant. Marcus has worked in the Heavy Equipment maintenance and Repair industry, mostly Mining related, for the last 18 years. He started working for Perseverance Drilling, Underground Pty Ltd in 2013 and has had a number of varied roles with the company.